How to transform your idea into action

How to transform your idea into action 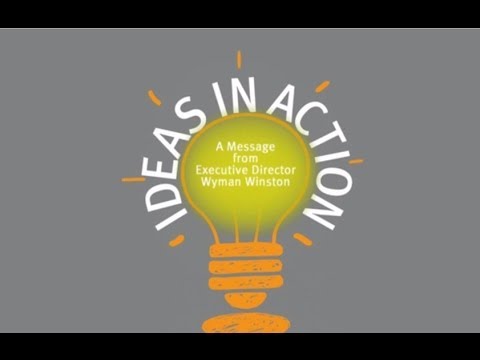 The other day a friend told me her story or rather her experience of how she implemented one of her ideas that brought unequivocal success to her company.

She had an idea she thought great. She called her colleagues to a meeting to get their feedback. But, some did not even see any goodness in the idea, others expressed reservations and none came forward with enthusiasm for the idea to transform into action. My friend was very disappointed because she couldn’t convince the rest of her managers and sadly she put her idea in her drawers to sleep probably forever.

A few months past and another grand promising idea sprung up in her mind.

What should she do? Frightened by the negative reaction of her colleagues to her earlier idea, she wondered for many days how to go about it. She believed in sharing and building an idea into greatness by feedback. But she was very much against crowd consensus and feedback from opposition for its own sake.

She so much believed in her new idea that was anxious to see it happening. So she thought her idea through, planned for what was needed and only then did she call her colleagues, each to a personal meeting in which she told them of the idea and its purpose, the role assigned to each and asked them to give content to their role to the best of their abilities. She purposely designed her course to avoid any groupthink in which a strong party unduly influences the rest of the participants.

This time not only did the idea materialize but it was also a great success. Afterwards some of her colleagues confessed to her that at the start they did not think that her idea was feasible but admitted the results proved them wrong.

So what was wrong in the first case that was different in the second time from which to take lessons? Four important things:

a. Sometimes the originator of an idea cannot or does not get well prepared to convey the new idea convincingly to a group of people and underestimates the very human nature that makes us all reluctant and suspicious of any new things not thought by our own selves.

b. The belief and enthusiasm of the originator in an idea carries a most important weight which regrettably cannot be quantified and in our world of numbers, it therefore gets ignored

c. Business is not democracy. A leader should not expend herself/himself to strive to obtain consensus if she/he must move fast. Her/his responsibility is to think things meticulously and take whatever action to ensure the right outcome.

d. And if you have to call colleagues to a meeting, do your utmost and be absolute in the requirement that any crowd or group think be avoided.