The two contours that characterize our personality

The two contours that characterize our personality 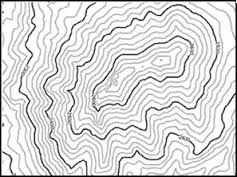 Some years ago, on behalf of my social club I asked a friend who was nationally a well-known pianist and singer to come and play at a club’s public event. His reply was not as I expected positive. He said that as much as he would have liked to accept, he couldn’t because he was not being practicing lately and in consequence his performing would not meet the standards that his public got accustomed to expect from him as a leading singer. In spite of my endeavors to persuade him otherwise, his no, proved irrevocable.

Though at that time I was somewhat cross with him and thought his refusal rather an artist’s caprice, now I think I know better and I will be quick to explain.

Impressions of ourselves to others, come from things we do as for example when we perform a task, make a public speech or take part in a debate, conduct or attend an interview, or lead a workshop. These impressions are like points in our visage or visibility space that when joined together, draw a contour for our personality.

However our performance at those things as we all know, is not constant, it depends on preparation, not to mention our level of knowledge, our mood and very importantly on the audience. Our proficiency at doing the very same activity varies. Sometimes we do them well, other times very well whereas in some cases poorly.

As each performance of ours has the subsequent result of leaving its mark in people’s impressions about us, our reputation is in this way formed. But it is not formed as an average of how we perform but rather is marked by two contours; an upper contour comprising the points of our best performances and a lower one drawn on the points of those bad and worst performances that we were unfortunate to have.

These two contours the upper and the lower one characterize our personality, how others see and appreciate us.

So our acts or public appearances be it a speech, an interview or a workshop, should not be taken lightly. We must not be tempted to just go there and let things take their turn. It is important to strive to maintain our upper contour and make sure that we have all it takes to stand there in front of our audience and create another winning point that reinforces that upper contour of ours.

Otherwise if we are not ready and we have a choice, like my pianist friend better say no, don’t do it, as most of us have a bitter experience of how much that lower contour may weigh on us.