Can a leader exist without followers?

Can a leader exist without followers? 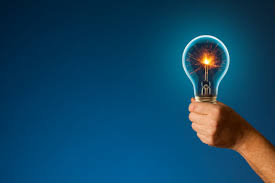 Let’s examine the possible answer by considering the case of a leader, a company CEO who is brought in the business by the Board of Directors because of the great work he did in another company.

He is new to the staff and at this initial time has not yet had a chance to get himself known or trusted by or develop relationships with the people in the company.

However, if the situation in the business is one that calls for immediate and drastic actions can the new CEO not lead because he has not yet developed followers?

I think when a leader has character, one that radiates, inspires, and earns trust, the rest will follow. Furthermore, a great leader will ambidextrously employ knowledge and intuition, and will take the company to the destination no matter what.

Consider even the case that a leader has followers. During the journey to the achievement of the vision and goals, there is no guarantee that the followers will remain loyal. It is possible that he may lose some or even all the followers either because at the critical junctions, other influential members may persuade people to reverse or when the course of the journey gets across rugged terrain, the followers are too timid to follow. So, in the end, the leader is left alone without followers to finish the journey. Nevertheless, even without them, he manages to reach the destination successfully proving that he was leading on the right track when his followers abandoned him.

Take a further example of a mountaineer that leads a team on a route to the top. In the process, the team may be too weak to follow the leader, and the latter is forced to reach the top alone. Is his achievement less commendable because the followers chose to return and left him by himself to carry on to reach the summit?

So here are some pertinent questions from the afore told cases:

Does a leader have a legitimate concern to worry about his followers as not to lose them even when he did all that he could to convince them to stay loyal?

And when the followers are unconvinced what could it be next? Would the leader have to turn back and follow his followers?

Undoubtedly a leader leads people to a goal or better vision. But his primary concern is not to maintain followers. His critical responsibility is to choose the goals and decide on the best way to reach them. A company CEO, alone or with followers, must have as his priority to achieve the strategy objectives.